Since the announcement over 4 months ago that as of 2017 the PAGS will no longer accept CONGU handicaps I have been asked many times ……………..why?????

The R&A turned over control of golf handicapping in 1927 to CONGU (Council of National Golf Unions). The biggest reason why CONGU handicaps can not compete with USGA handicaps is because CONGU doesn't use the Slope System. Without the Slope System to adjust player's differentials, CONGU handicapped golfers from difficult golf courses have a significant advantage over everyone else when playing away from home.

CONGU have not adopted the Slope System simply because the English Golf Union refused to adopt it--Even after Ireland, Wales and Scotland had Slope rated most of their courses and wanted to go forward. Continental Europe got so frustrated with CONGU that they formed their own handicapping body (European Golf Association) and adopted Slope.

The CONGU Handicap System is mostly a “moving average” mathematical model where each score has a unique influence on the handicap calculation. It is an adaptation of a handicap system that originated in Australia decades ago. When a player plays in a designated tournament, his score is compared to the Competition Scratch Score (CSS) for the day. If a player does very well, his “Exact Handicap” (A number followed by a decimal) will go down equal to how many strokes he beat his handicap by, times a decimal number like .1, .2, .3 or .4 depending on his handicap category. If the player scores in a buffer zone just above equaling his handicap, nothing changes. If the player scores worse than his buffer zone, he goes up a small amount—most often one-tenth of a shot.

Now the technical problem with the CONGU system is that it is based on T (tournament) scores only. An average golfer gets in only 3 to 5  “T” scores a year. This makes the system very slow to respond to current ability. The time it takes in detecting changes in ability is often around six months. It simply does not keep pace with a player's current skill level. A CONGU player's handicap record might be impacted by scores going back 3 to 4 years. On the other hand in the USGA System the 21st oldest score has no bearing on the player's handicap. Thus effectively, a player's handicap is completely regenerated every 20 scores.

The other point to make is that the CONGU system is slow to respond to players who are declining, since they can only go up at a rate of .1 stroke per tournament round. With, say, 5 tournament rounds per year, it could take years for a declining player's handicap to catch up with his current ability.

There is NO portability in the CONGU handicap system. A handicap 5 and a handicap 15 at one course do not equate to the same handicaps at another course. For example, an average player at Carnoustie, the most difficult course in Scotland will develop a higher handicap than if he played an easy “open flats” course.

The CSS calculation determines whether the field of players on the day have found conditions more difficult for whatever reason (and course difficulty is one of the factors), so the SSS is increased by a number depending on the variation from expected. Some have argued that CSS causes the two systems to produce similar handicaps and how the CONGU system gets to Slope by a different (retrospective) approach. However extensive research have found this one dimensional table (CSS) cannot be accurately predicted for all levels of players, because bad weather affects higher handicap players much more than lower handicap players. For example, players of a 5 handicap and less might have 5 strokes higher on windy days, but the 20 handicap players would have scores more than ten strokes higher. To use a table to add one number, instead of a slope line (percentage increase times handicap) pushes too much data into one number to be accurate, or to be comparable to the USGA's two-dimensional system.

There can be no conversion factor that will make USGA Handicaps and CONGU handicaps comparable. The two systems are far too disparate to make that possible.

For those of you who want to be able to compare USGA and CONGU handicaps, I hope that this article explains the complexity in this problem and why it there is not any simple factor that can be applied to make them comparable across a range of playing ability.

As a postscript, it might interest you to know that an early remedial form of the concept of the Slope System was introduced by the Irish Golf Union before WWII. The Irish produced a table based on the length of a golf course. It allowed golfers to add additional strokes to their handicaps when they went to play a very long away course. There were subjective parts to the system and it did not last, but someone was ahead of their time in realizing that the portability problem was real in golf.

This pope of slope article refers to golf played in the US. It has far less relevance to the golfing culture of Pattaya.
Some examples:
Para 6: "Now the technical problem with the CONGU system is that it is based on T (tournament) scores only. An average golfer gets in only 3 to 5 “T” scores a year. This makes the system very slow to respond to current ability. The time it takes in detecting changes in ability is often around six months. It simply does not keep pace with a player's current skill level. A CONGU player's handicap record might be impacted by scores going back 3 to 4 years"
Wrong. Almost every round played with an IPGC society (which uses CONGU) in Pattaya is treated as tournament golf and is thus assessed for handicap purposes.
Para 7: The other point to make is that the CONGU system is slow to respond to players who are declining, since they can only go up at a rate of .1 stroke per tournament round. With, say, 5 tournament rounds per year, it could take years for a declining player's handicap to catch up with his current ability.
Wrong. Players who record seven successive .1 increases are immediately subject to review by the handicapper.
The USGA Handicapping System is designed for the US golfing culture which sees 90%+ of golf played as a 4BBB match. Whereas elsewhere, such as Europe, UK, Australia, the dominant form of club golf is tournament play, with perhaps two rounds per week counting as eligible for handicap assessment.

This article does not justify the use of the USGA Handicap System over that of CONGU, not when applied to Thailand.

For a fuller explanation of the difference between the two systems, I recommend reading this: https://golfnutter.wordpress.com/2013/02/22/handicap-flaws/

Hope this shed some light. 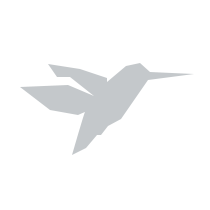 As you say, "elsewhere, such as Europe, UK, Australia, the dominant form of club golf is tournament play", but this isn't EU, UK or AU, only a few people I know, but no one i golf with plays in tournaments here. Just because you play a lot of tournaments in Thailand doesn't mean we all do. None of my golfing buddies bother with them that I know of.

If I am interested in playing in an event or two later it's not really viable with CONGU for me I don't think? Or would my starting handicap be so large that I would win easily? I don't know enough about CONGU, so you tell me!

Also, reading that article you linked to, "It is somewhat ironic to note that one major reason the USGA uses fixed course ratings – their inability to access same-day scores – doesn’t apply to PSC outlets in Pattaya, as they require the return of all cards immediately post competition". How does it not apply? The course does not have access to my scores played nor for many others such as all the Thais and Tourists that played that day. How can a a daily course rating be established from only a specific set of players.

From my perspective, the USGA system covers how I go and play more than CONGU does.

Anyway, not having a go at you, just saying from my perspective the USGA method suits me better it from what I can see. 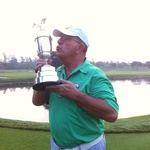 Before I get into the nitty gritty of my comments I wish to say the following. I have and will continue to do so, input all my scores into the Birdie system since I joined the site. I actually play under the IPGC (CONGU) system and play in competitions twice a week whenever possible. The scores input by ME are honest and exactly the same as the card scores handed in for each competition whether they be good or bad. I take a picture of the actual scorecard at the course to verify this. My Handicap with IPGC is 19.8 and with Birdie 19,7 at this point in time.

Golfers cannot input any detail in their Congu (IPGC) handicap but can post cards into the Birdie system. This means that it may be open to abuse by players inputting false or non existent scores, or being selective in the input entering only bad scores to gain that extra shot of handicap allowance.

I do wonder if my honesty is proving to be my downfall in the PAGS competitions. Most recently a winner in the PAGS competition had a handicap of 17 in the IPGC but a handicap of 21 in Birdie. Could this be due to non input or selective input of cards to keep or generate a higher handicap? This is just one instance and I am sure that others may be known to other players. It also may mean that the Order of Merit for PAGS is also being manipulated.

I was always of the impression that if you had more than one handicap then the lowest of the two should be used in competition.

I have and will probably continue to support Shane in this competition having played in the last 25 PAGS comps. Maybe if the PSC and IPGC got together and started using the same handicap system then the problems could be eliminated. Will it ever happen? NO of course not. Shame

The game is always bigger than the individual but come on guys be HONEST and make the competitions a level playing field. I am sure that this is what Shane wants and what the majority of golfers also want.

IF YOU CANNOT BE HONEST - DON'T PLAY