Golf Rules Quiz from the R & A

Question 1 of 9
In match play, a player's ball lies on a bridge over a water hazard and he grounds
his club on the bridge. What is the ruling?
A- There is no penalty
B - The player loses the hole
C - The player is penalised two strokes

Correct Answer
Question 1
Correct answer: A
Explanation: A bridge is an obstruction. In a hazard, the club may touch an
obstruction (like a bridge) at any time, including address or in the backward
movement for the stroke see Note under Rule 13-4. See also Decision 13-4/30.

Question 2 of 9
The removal of dew or frost from the player's line of putt is not permitted.
A- TRUE
B - FALSE

Question 2
Correct answer: A
Explanation: The removal of dew or frost from the player's line of putt is not
permitted under Rule 13-2 or 16-1a. See also Decision 13-2/35.

Question 3
Correct answer: C
Explanation: Since the player made a stroke at a wrong ball, he incurred a twostroke penalty in stroke play (Rule 15-3b). (Decision 15/1)

Question 4
Correct answer: A
Explanation: Loose soil is not a loose impediment except on the putting green.
However, a lump of earth is not loose soil. See Decision 23/13.

Question 5 of 9
In stroke play, a player places a weighted donut on a golf club to warm up while
waiting for the 4th fairway to clear and takes several practice swings with the
club. What is the ruling?
A- The player incurs a two stroke penalty.
B - The player is disqualified.
C - There is no penalty.

Question 5
Correct answer: A
Explanation: As related acts resulted in one Rule being breached more than
once, the player incurs a two-stroke penalty in stroke play. See Decision 14-
3/19.

Question 6
Correct answer: C
Explanation: A dog is an animate outside agency. Under Rule 19-1b, when a ball
has been deflected or stopped by an animate outside agency (except a worm,
insect or the like) and the stroke was made on the putting green, the stroke is
cancelled and the ball must be replaced and replayed. If the ball is not
immediately recoverable another ball may be substituted. (Decision 19-1/7).

Question 7
Correct answer: A
Explanation: When the player put the substituted ball into play at the spot of the
previous stroke with the intent to play a ball under penalty of stroke and distance
(Rule 27-1), the original ball was lost (see Definition of Lost Ball). Therefore,
Rule 20-6 does not apply, and he must continue with the substituted ball. See
Decision 27-1/2.

Question 8 of 9
A ball is half buried in the rough. Having announced his intention in advance to
his marker, the player, for the purpose of identifying the ball, touches the ball and
rotates it. By so doing he identifies the ball as his ball. What is the ruling?
A- The player incurs a one stroke penalty.
B - No penalty is incurred.
C - The player loses the hole.

Question 8
Correct answer: A
Explanation: Under Rules 12-2 and 20-1, a ball may be lifted (or touched and
rotated) for identification purposes after its position has been marked. If the
player had marked the position of the ball before rotating it, there would have
been no penalty, assuming the rotating did not result in the ball being cleaned
beyond the extent necessary to identify it. See also Decision 12-2/2.

Question 9
Correct answer: C
Explanation: The player is allowed to drop his ball in the bunker, however, when
dropping the ball under the water hazard Rule (Rule 26-1b) the player
automatically incurs a one stroke penalty. See also Decision 26-1/2. 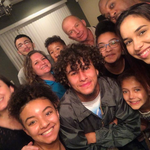