Double Whammy for the golf industry in Thailand

You may have seen in the recent news headlines in Thailand regarding a proposed increase in the minimum wage from 300 to 425 baht per day. There has already been some backlash against the proposal from certain industries, namely the construction and agricultural but this could also have a major impact on an already struggling golf industry.

The increase would mean your 300 baht caddie fee would more than likely go up to 425 baht, with the compulsory tip it makes having a caddie an expensive luxury.

As caddies in Thailand are compulsory, the added expense it could  mean players will play less, play the cheaper courses or simply golf in another country. All of which don’t really help the golf courses in Thailand

It seems you can not go anywhere at the moment and strike up a conversation without the strong baht getting a mention. The Baht has become the best performing currency in the world in 2019 and it’s steady increase against all major currencies has seen the tourism hit hard. Latest reports from the Tourism Association of Thailand have stated that Europeans have been hit the most with as much as a 30% drop. Most other businesses that rely on tourism are changing their focus towards Chinese, Indians and The Middle East but golf is not very popular at all in these countries, so it’s not so easy for the golf courses to make up the difference

What are your thoughts on the future of the golf industry in Thailand? What could the courses do to cope with the decline?

I will certainly consider other countries for my golf holiday's. Previously I used to golf 3-4 times a week in the Pattaya area, last time I golfed only twice a week. Maybe South Africa will be my next target. 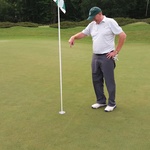 As much as i like having a Caddie (especially when pulling the trolley) i think the compulsory factor is hard to swallow.Having lived up North (Chaiyaphum) where Farm work is a max of 250/350baht per day when working on someone else,s field/land ...then the Caddie fee and tip i find are way over the top. I tip between 350/400 if in a cart and 500baht walking....so depending on how much of the Caddie fee the Caddie gets,when working for me a Caddie could get between 600 to 800 baht for 4 hours work...that imho is way over the top. Added to all of that you have the compulsory cart (at some courses) which can be between 500 to 1000baht...you can rent a car for the day cheaper than that. Also there will be no restrictions on where you drive that car....unlike the Cart path restrictions or wet course restrictions....Yes Golf aint cheap here.